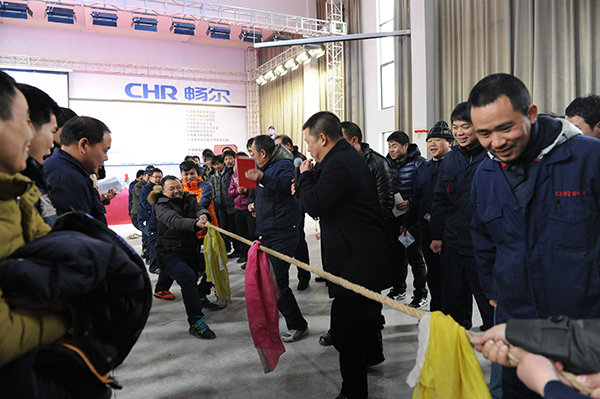 Yuema Yingchun strives for innovation, and Qunxian has been planning a new blueprint. On February 14, the company's first staff meeting in 2014 was held in the exhibition hall.

The meeting was chaired by Lin Lugao, the chairman of the board. At the meeting, the company's senior leaders made detailed reports on the completion of the 2013 work and the 2014 plan. Jiang Xiaole, secretary of the party branch of the company, and Lv Zhizhong, chairman of the labor union, summarized and planned the work of the trade union and the party branch respectively.

Lin Green, Chairman of the company, delivered an important speech. He reiterated the business model of the company, made specific arrangements for the 2014 key work, and put forward clear requirements and instructions.

After the meeting, the company's trade unions and the Communist Youth League planned and organized the Yuanhe cultural activities such as tug-of-war and heart-to-heart, which created the lively atmosphere of the Lantern Festival and enriched the cultural life of the employees.