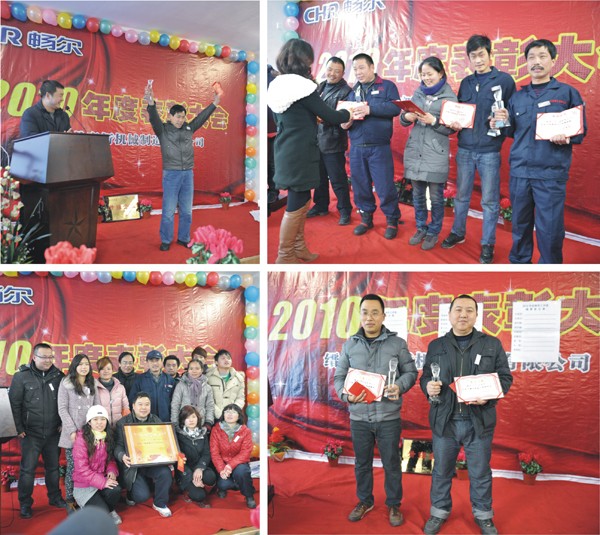 On February 17, 2011, the company's "2010 Annual Commendation Conference" was held in the conference room on the third floor. The conference was chaired by the chairman Lin Lugao and all the staff attended the meeting.

At the meeting, Chairman Lin Lugao summarized the past 2010 and placed a good hope for the 2011 tomorrow.

Then, in accordance with the principle of fairness, justice and openness, the awards voted by the employees were awarded with the sound of music and bursts of applause.

Finally, the company's vice president of production, Lv Xiaomin, made a concluding speech. He fully affirmed the achievements of the company and expressed his heartfelt gratitude to all the employees who worked hard and encouraged everyone to create more glory in 2011.