On June 28th, the Changer Party Branch organized more than 20 party members to go to the national cruise tour, the underground river, and Zhuge Bagua Village.

In the underground long river, which is known as “one of the best in the sea”, it is divided into three sections: the snow cave, the space-time tunnel and the Yuludong. The shape and characteristics of the caves at different stages of development have made everyone stunned. A large underground river with a length of more than a kilometer runs through the cave. The cave is warm in winter and cool in summer. The boat is like a fairyland; time and space The middle of the tunnel is magical and close at hand; the Yulu Cave is high in the sky, and the beautiful stone stalactites, stalagmites and stone sarcophagi in the hall are beautiful.

In the Zhuge Bagua Village, the largest settlement of Zhuge Liang's descendants of the Three Kingdoms, the village layout was built according to the Jiugong Bagua map. The layout is exquisite and the building is natural and intriguing. Strolling through the ancient towns of the mountains and rivers, the footsteps of the stone plate road dignified historical imprint, the looming lanterns above the Zhuge Temple, dragging the thoughts to solidify, as if returning to the old days, the dreams and the dreams are bypassed...

Everyone was deeply attracted by the beauty of the underground river, the mysterious history of Zhuge Bagua Village, and embarked on a journey home. The event made everyone relax and let the friendship between party members be sublimated in joyful tourism activities. 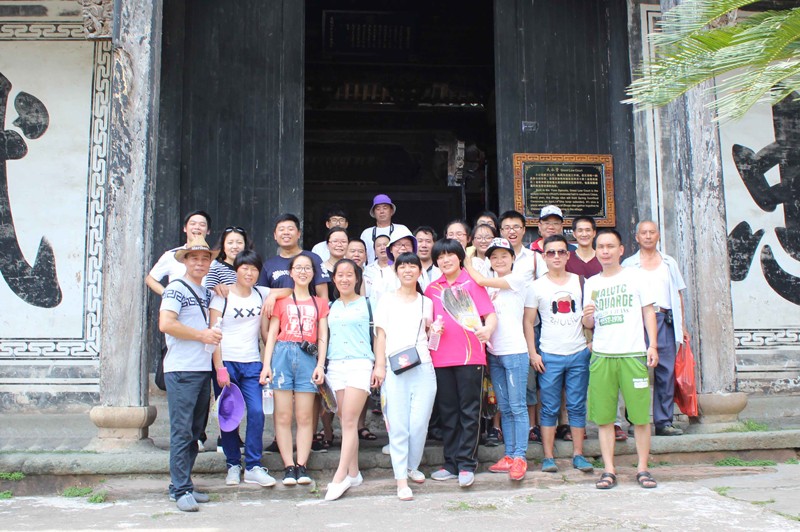