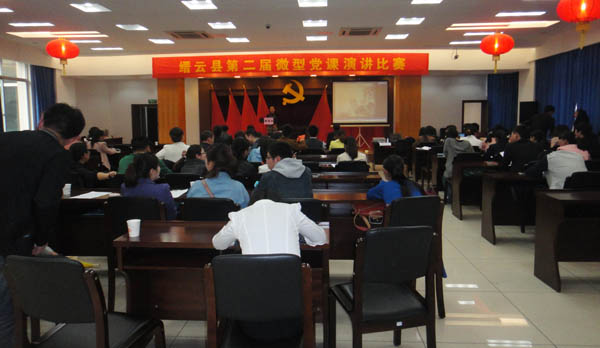 In order to thoroughly study and implement the spirit of the 18th National Congress of the Communist Party of China, and effectively enhance the pertinence and effectiveness of grassroots propaganda and ideological work, on April 17, the second county will be jointly organized by the County Party Committee Organization Department, the Propaganda Department, the Youth League Committee, and the County Radio and Television Station. The mini-party class speech contest was held at the IRS. Pan Yongjun, assistant deputy director of the enterprise and party member, signed up for the competition.

In the game, he focused on the theme of responsibility, using plain language and real examples to tell the moving stories of ordinary work. Combining the reality and combining the posts, he put forward a clear viewpoint in a simple and simple way, and talked about the formation of society in the new era. A new act in a harmonious society.

In this competition, 54 grassroots party members and members from all fronts of the county deeply described the mortal affairs of the party members or their party members in building a harmonious society, which aroused strong resonance among the participants.