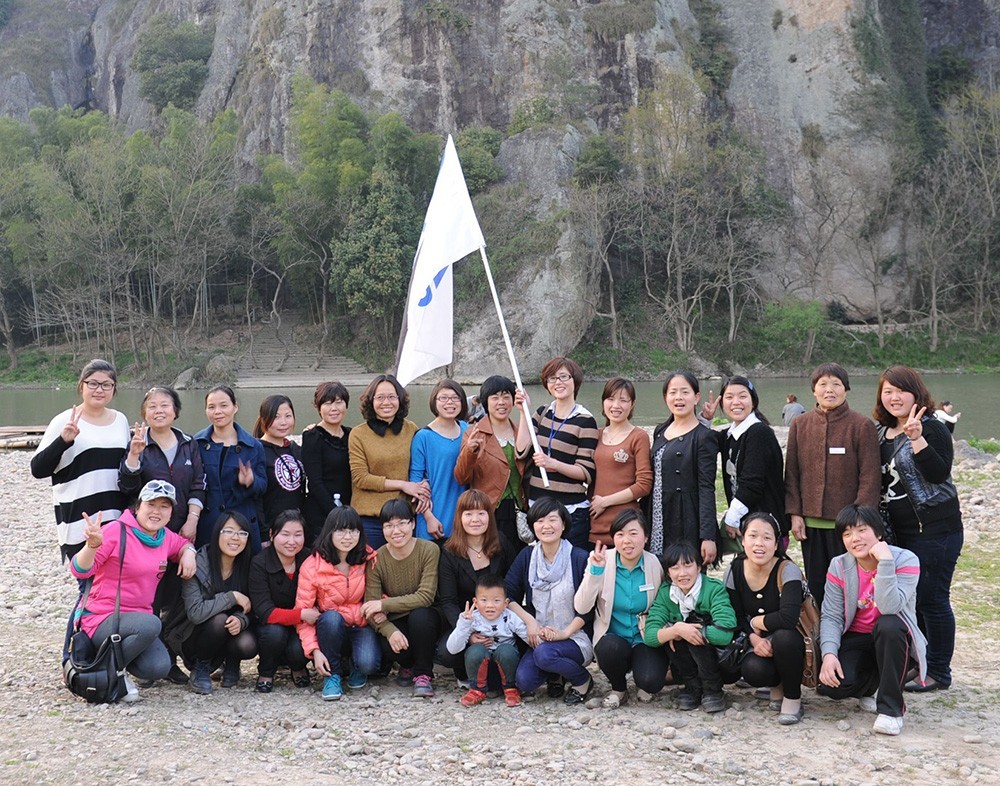 Spring is warm, the sun is shining, and the beautiful weather always brings a good mood. Yesterday was the annual "March 8" festival. In order to celebrate this feminine festival, Jinyun Gaoxin Machinery Co., Ltd., a special organization of all female employees, conducted a half-day tour of Xiandu. Throughout the afternoon, we arranged barbecue competitions, “Ma Po” trials and “environmental protection” squads. Everyone actively participated in various activities, and the scene was really fun.

At 12 o'clock in the afternoon, we set off from the company, laughing and laughing all the way, talking and laughing, and unwittingly went to Xiandu Iron City. After arriving at the destination, we put the flag on the waterside and set up a camp. After a series of preparations, we launched the first barbecue competition. All female employees selected 5 people to be judges, and others were divided into teams A and B for barbecue competition. The main ingredients of the barbecue are divided into two categories. The criteria for selection are mainly divided into three categories: color, ripeness and taste. "Color" means to see if there is any baking paste, and to have a "color" image; "cooked" is to prevent the pursuit of "color" without being cooked; "flavor" is the taste. After a tense and intense half-hour barbecue competition, the judges carefully tasted and the match won with the B team. The whole team of Team A sang a song for Team B and prepared a barbecue for each team member of Team B. It’s really "the spring breeze blows the tourists drunk, only the celestial beings are baked."

The next "Ma Po" trials pushed the atmosphere of the event to a climax. Everyone volunteers to participate, each time eight people form two tables of mahjong, half an hour for another round, and finally see who wins the most cards, who will be regarded as the "Ma Po" of the day. Those who are regarded as "Ma Po" can enjoy the right to instruct others to serve themselves, and the accused can not defy. Everyone rushed to sign up, and they were very excited. They all showed their talents and hoped that they could be regarded as the "Ma Po" of the day. The whole event was full of laughter and applause. At nearly 5 o'clock, we consciously organized an "environmental protection" squad, and carried out garbage cleaning on the event site to ensure that no garbage was left when leaving, and the environment was not polluted. At half past five, we started to return. Everyone was eager to embark on the returning bus. In the car, they talked about the various activities of today. The excitement and excitement are beyond words.

In the "March 8" event, only female employees participated, and all male employees insisted on their posts without any regrets. This not only fully reflected the respect and attention of high-tech machinery to all female employees, but also explained Coordination and solidarity among all employees. The whole event, the end of safety and perfection, the banner of "Shuner" not only flutters in Xiandu, but also drifts into the hearts of every female employee.