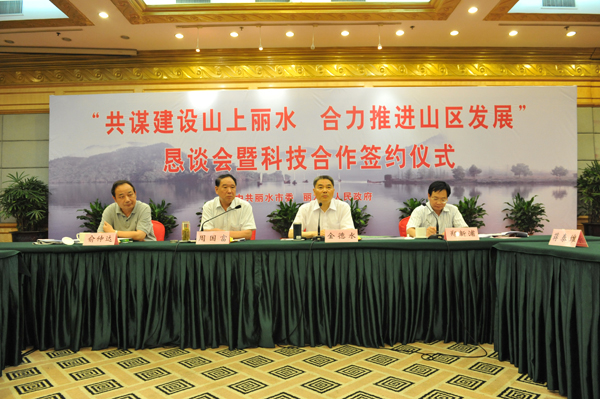 On June 26, 2009, the signing ceremony and the signing ceremony of the scientific and technological cooperation held by the Lishui Municipal Party Committee and the Municipal Government to "construct the construction of Lishui on the mountain and jointly promote the development of mountain areas" was held in Hangzhou. Zhou Guofu, chairman of the provincial CPPCC, delivered a speech. Xia Baolong, deputy secretary of the provincial party committee, and Jin Deshui, deputy governor, attended the meeting.