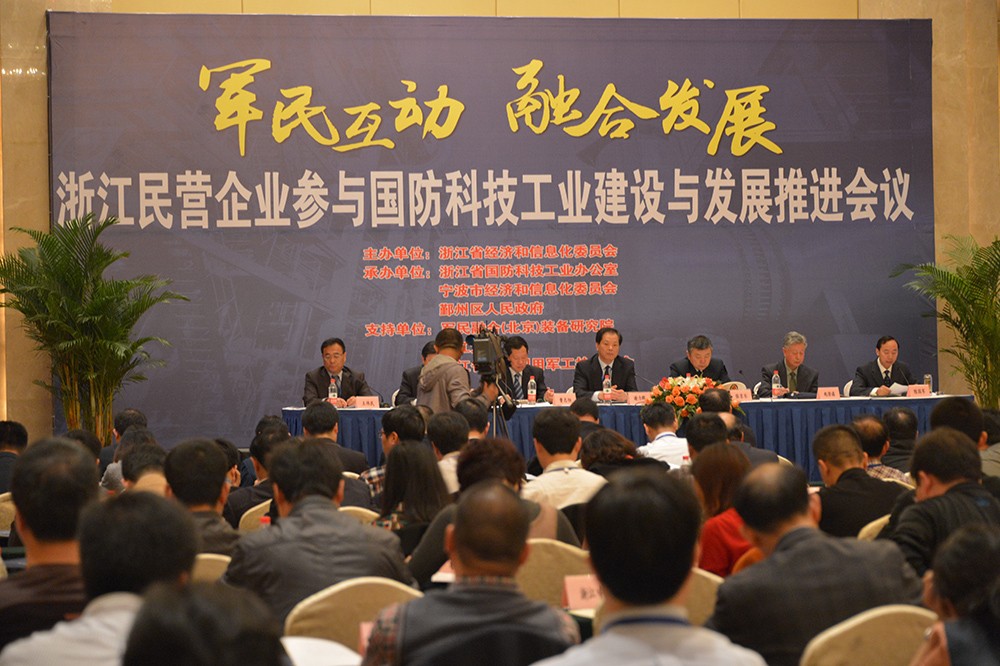 On April 10th, Zhejiang Private Enterprise participated in the construction and development of national defense science and technology industry with the theme of “military and civilian interaction and integrated development” was held in Ningbo. The promotion will be sponsored by the Zhejiang Provincial Economic and Information Commission. Xie Liqun, director of the Provincial Economic and Information Committee, Cao Zhiheng, deputy director of the Ministry of Industry and Civil Affairs, and Zhang Jingle, director of the equipment department of the East China Sea Fleet, and Chen Bingrong, deputy secretary general of the Ningbo Municipal Government Speak at the meeting. Wang Weimin, director of the Provincial Defense Science and Technology Office, held the meeting. The main person in charge of the credit department at all levels in the province, the general representative of the military, military, and military units in Zhejiang, and nearly 300 representatives of relevant private enterprises in Zhejiang Province participated in the promotion meeting.